the passage of time 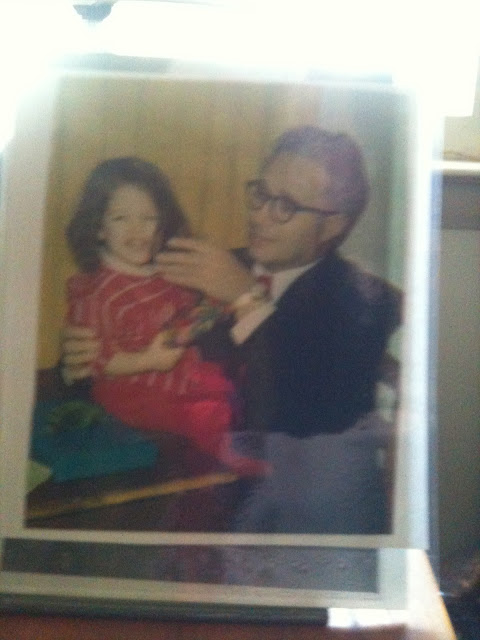 I can't remember the year it started but for Christmas one year I gave one of those silly joke-a-day calenders to my maternal grandfather, Irving. He had a hilarious talent at telling a joke as if it were a long story. The gift seemed ideal for him. And it was. For years until he passed away in 1999, I'd give him a joke-a-day calender for Christmas. I got clever at disguising the box in its wrapping as every year he'd pretend to be pleased I had not given him another one and then he'd get one and we'd laugh and he'd promise to bug me all the upcoming year with each joke-a-day!

I miss buying those. Do they even still make them?  The first Christmas he was gone I bought myself a joke-a-day calendar to keep our tradition going but it wasn't the same. Of course. I still have tucked somewhere in my underbed box of papers I can't part with, the last joke he tore off the calender.

My grandfather, Irving, was everything. He's one of those people you can't pin down and describe  well enough because he was so much of it all. Wonderful and more adjectives like that. I sure do miss him and wow, it's been 18 years. How can that be? The passage of time moves onward. His love remains.

Tanya
Reader. Knitter I talk about what I read and knit on youtube.

At the Drop of a Hat
by Jenn McKinlay
Ah, Harrison. I'm sure his character is a big part of why this series is so fun for me. Another entertaining one - Ariana takes her mother's wedding hat in to Mim's Whims for repair and a redo for her own wedding and thus the murder stor...

Death of a Mad Hatter
by Jenn McKinlay
Not as good as the first one in series but still a fun cozy. Scarlett is a tad whiney in this story which got on my nerves at times. Her relationship with Harrison is moving along nicely which makes for a good subplot. The murder of a ho...

Cloche and Dagger
by Jenn McKinlay
This is the first in a series of mysteries surrounding a hat shop in England run by two cousins. The pair have inherited the shop from their grandmother; Scarlett left the states for England to join her British cousin, Vivian, in the run...

A Turn for the Bad
by Sheila Connolly
Slow. Boring. Nice setting as it was Ireland but felt the mystery could’ve been shorter. Smuggling and drugs and yeah, nothing spectacular but good narrator on the audio. The main character, Moira, was so annoying; whiney and clueless in...

The Highland Countess Royal, Book 19
by Helen Crampton
It's been ages since I read a book in the Romance genre and I used to love the ones by Marion Chesney. This story begins with Morag, what a name!, marrying the Earl of Murr. The narrator did the Scottish accents very well and made the en...